What You Need to Know About Self-Defense in Arizona

The “Make My Day” law adopted by Colorado in 1985 spawned the right to defend yourself with deadly force while facing immediate peril or justification for you to protect others in your vicinity.

Arizona law authorizes the right to self-defense, as do 28 other states and Puerto Rico, with other states having variants not as inclusive as Arizona’s law. 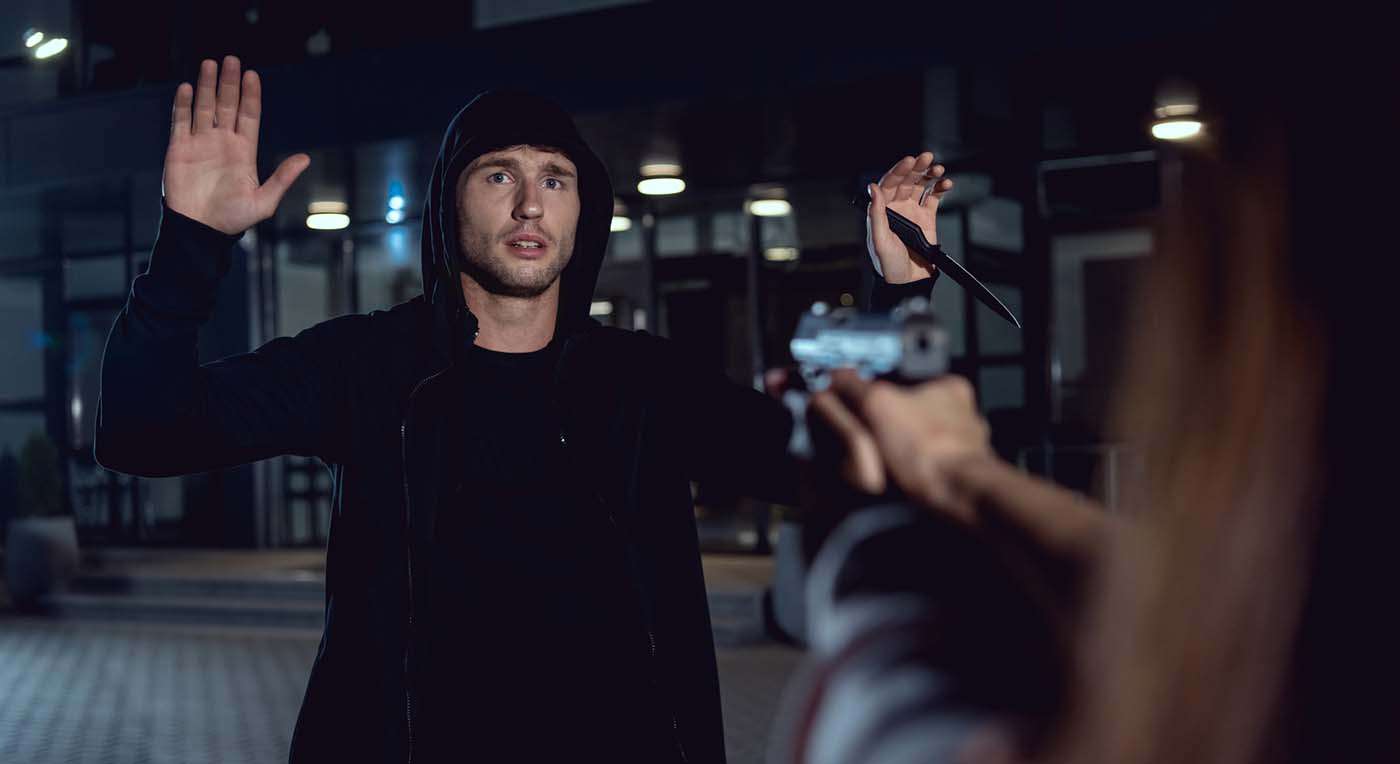 Using deadly physical force to defend yourself is allowed under Arizona Revised Statute §13-404. The law states that, “a person is justified in threatening or using physical force against another when and to the extent a reasonable person would believe that physical force is immediately necessary to protect himself against the other's use or attempted use of unlawful physical force.”

This law does not apply to those who are in a verbal provocation or are resisting arrest, even if the arrest is unlawful, unless the arresting officer uses excessive force not allowed by law.

The law also says self-defense is not valid if a person has provoked someone else who then attempted to use physical force; unless the provoking person (a) withdraws from the confrontation, (b) clearly states the intent to leave believing a safe withdraw cannot be safely made, or (c) continues to use or attempts to use unlawful physical force.

Using physical or deadly force is also justified when preventing someone from committing any of these crimes:

The Castle Doctrine, Arizona Revised Statute §13-411(D), allows the occupants of a residence, a business, or a place that the occupant has a legal right to be there to use a reasonable force or a deadly force to protect themselves from being harmed by an intruder inside the home, on the person’s property, or a conveyance of any kind.

Stand your ground is specified in Arizona Revised Statute §13-405, which says a person who is threatened by someone is not required to retreat from where they have a right to be, including public places, and if not committing an unlawful act.

Self-defense can be raised if the defendant did not start or escalate the altercation and reacted to keep from being injured or slain.

Self-defense also applies in domestic violence cases. For example, an Arizona woman who purchased a gun was arrested for killing her husband. The prosecution argued that the wife had escalated a fight with her husband because of the weapon she bought, but the defense state argued that the husband had a history of violence and she was protecting herself.

A “reasonable person” is a common doctrine in law and now is also applied to a victim of domestic violence.

Arizona’s reasonable person standard in common law is defined as a person who uses an appropriate measure of caution and performs a sensible action. This standard in self-defense requires the defendant to prove that the defensive measures used were taken in the “presumption of reasonableness” or a “presumption of fear.” The difference is the burden of proof is shifted from the defendant to the prosecution to prove beyond a reasonable doubt.

Your defense begins by declining to answer questions until you have an attorney. That is your constitutional right that protects you from self-incrimination.

Although you have a legal right to defend yourself, it does not mean you cannot be charged. You can be. The person who claimed self-defense in a killing can be prosecuted for second degree murder or manslaughter. Although, you may not be convicted.

Each self-defense case has its particular set of facts however they are similar in that there was an imminent threat causing a reasonable fear and the level of the force used in a variety of situations.

The defense will explore the history of the injured or deceased to find any criminal record or past violent behavior if the people involved knew each other. If they were strangers, the immediate threat and the level of fear it caused can sway a jury toward innocence.

The defense must establish a reasonable doubt in the minds of jurors to win an acquittal.

For the state to win a conviction for voluntary manslaughter, it must show that the action the defendant took was reckless and showing an extreme indifference to human life and the situation caused the reckless action.

To convict on second degree murder, the state must prove you killed intentionally without premeditation or that your behavior was reckless.

The defense will conduct an aggressive independent investigation of the alleged facts to show that the state’s evidence was either lacking quality or reliability and bolster your self-defense claim in showing you were justified in taking the action you did.

The defense also must work to develop mitigating evidence that the state did not have or simply ignored.


Aaron M. Black for your defense

A conviction for an act of self-defense manslaughter or murder will be devastating with long prison terms. Promptly obtaining an aggressive defense attorney, such as myself, who has years of criminal case and courtroom experience is paramount to your life and future and that of your family.

I know that good people can find themselves in bad situations and I always work aggressively to get the charges dismissed, to win an acquittal at trial or reduce the charge to a less serious offense.

In selecting me for your defense, you will always have timely and direct personal communication with me. You will never be handed off to an assistant. I know that defendants sometimes complain about a lack of communication with their defense counsel. That never happens at Aaron M. Black Law.

Immediately launch your defense by calling 480-729-1683 at any time on any day, including weekends and holidays, and I will promptly return your call unless I am at trial or in court. Or use my online contact form.

I defend self-defense cases in state and federal courts in and adjacent to Maricopa County.