Think Your Case is Over If It’s ‘Dismissed’ by a Grand Jury in Phoenix? It’s not 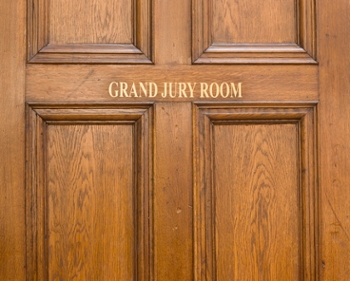 Arizona state and county grand juries suspended for social distancing will reopen on May 18 and begin issuing supervening criminal indictments. That means bringing formal charges on serious felony cases that were backlogged because of COVID-19.

You may have seen online that your case was “dismissed” to the grand jury but that doesn’t mean your case is over. Far from it. What this really means is that the prosecution is taking its investigative evidence against you to the grand jury for a determination to prosecute rather than taking the preliminary hearing route.

A supervening indictment is the formal charging instrument when a grand jury decides that authorities had sufficient probable cause that you committed a serious felony. Grand juries don’t decide guilt or innocence.

Once the supervening indictment is issued you’ll receive a summons to report to the court at a specific day for arraignment. If you don’t show up the judge will issue a bench warrant for your arrest and you’ll be taken into custody. If you’re already in custody you’ll receive the summons in jail and will be taken into court from jail.

At your court arraignment appearance, you’ll be arraigned on the charges, advised of your constitutional rights, and will enter a plea of not guilty, guilty, or no contest. This is the time that your attorney can challenge the amount of bail the state recommends.

If you want to testify before the grand jury, it’s possible to make the request but grand juries don’t have to allow that. If you are allowed to testify you have the right to be represented by an attorney.

All grand jury proceedings are held in secret and the news media isn’t allowed to report on grand jury hearings. There are several reasons for this restriction.

Secrecy protects the identities of the state’s witnesses to prevent witness intimidation or harm.

Secrecy is used in sensitive cases, such as sexual assault and crimes against minors, to avoid a court proceeding that is open to the public and to protect the victim.
Secrecy in cases that the grand jury doesn’t indict serves to protect the potential defendant’s reputation.

The Grand Jury Requirement Clause of 1791 is in the U.S. Constitution’s Fifth Amendment, which ensures the rules and principles of due process, prohibiting self-incrimination, and requires a defendant’s reasonable treatment.

How does a Grand Jury Work in Arizona?

Grand juries can be used not only to indict but also to investigate sensitive crimes involving high profile capital crimes including murder, terrorism, espionage, and treason. A grand jury can compel people who are reluctant to testify to do so under oath.

The Arizona State Grand Jury and the Maricopa County Grand Jury can each have 12 to 16 jurors who serve for four months. At least nine jurors must vote for indictment.
Federal grand juries can have 16 to 23 members serving for 18 months with 12 concurring on reaching an indictment.

Those who comprise grand juries are selected to serve randomly by computer from lists taken from voter registrations and the Arizona Department of Transportation.

A grand jury’s supervening indictment doesn’t necessarily mean you’ll be convicted by a trial jury. Each case has its own fact pattern and the grand jurors didn’t hear any mitigating evidence supporting your version of the case. Very one-sided.

Once you’ve been charged, contact an experienced Phoenix, AZ Criminal Defense Attorney to investigate the state’s evidence. They will search for holes, contradictions, misrepresentations, and investigator bias. Your attorney also will launch an investigation to develop mitigating evidence and, perhaps, find evidence in your favor that the state didn’t find or chose to ignore.

The prosecution, to hurry your case along with all the backlogged cases from the coronavirus, may offer to reduce the charges to a less serious offense if you choose to enter a guilty plea.

Your attorney may make a counteroffer on your behalf.

A felony conviction can ruin your life. Other than incarceration, you’ll lose your constitutional right to possess or own a firearm and the right to vote in elections.

The conviction will be on your record for the rest of your life. Background searches will pick that up and a prospective employer or landlord can deny you the job or the residence. If you have a professional license as do teachers, doctors, and other professions, it will be revoked ending your career.

Be sure to have an attorney at the first possible moment to argue for bail reduction.

If you have been charged with a criminal offense, the Law Office of Aaron Black offers a free, confidential legal consultation.

I’ll listen to your side of what happened and afterward, ask questions, and answer any questions that you have.

During this Coronavirus pandemic the justice system is operating and we can practice social distancing in several ways.

My line is open day and night, weekends, and holidays. I’m also available by text, email, and FaceTime online. I will respond promptly unless I’m in court.

I couldn't have been happier with Aaron! He is a class act and will work extremely hard for you. I went from DV & Disorderly Conduct x 2 to Diversion for DC x 1 only!!!