As retail businesses are targeted by smash and grab offenders, Arizona has not been immune to these retail thefts many of them occurring on holidays when retailers have loaded shelves. 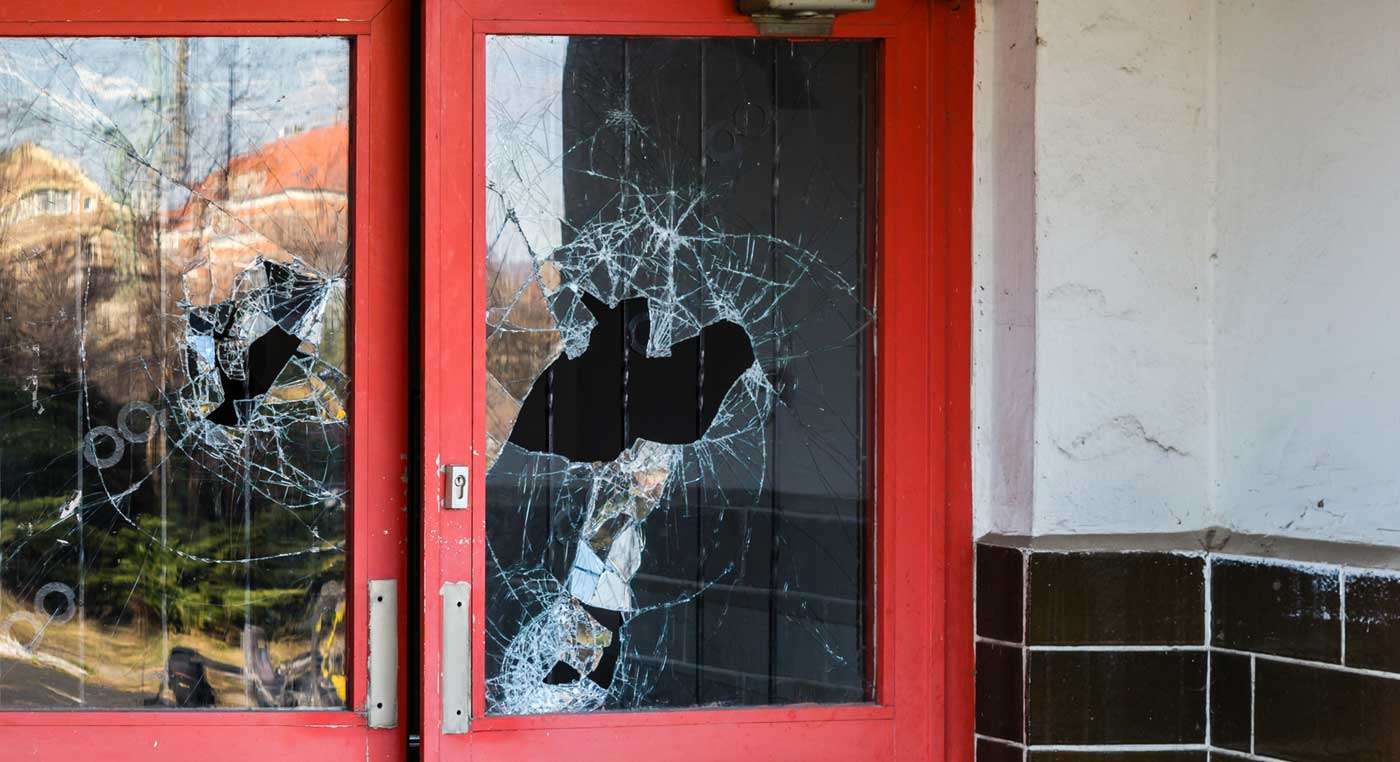 On the following Black Friday, Thanksgiving law enforcement was out in force at shopping centers around the valley to deter these offenders.

A robber dressed in a flamboyant pink and blue hoodie and mask on May 6, 2020 targeted the SuperPawn on 66th Avenue and Indian School Road. He walked in and began smashing display cases with a hammer and ran off with some jewelry, police said.

Three men on May 12, 2022 allegedly using a stolen Caterpillar earthmover rammed an ATM machine in San Tan Valley ripping it off its foundation behind a credit union and loading it onto a stolen trailer. The same crew since 2021 allegedly heisted other ATM machines in Chandler Mesa, Tempe and Scottsdale. They allegedly targeted banks, a hotel and a marijuana dispensary.

When the suspects targeted Pinal County Federal Credit Union on May 12, police were waiting for them.

In another retail theft case three men involved in an organized retail theft were convicted of stealing 70 ceiling fans from home improvement stores but they did not smash anything.

Arizona Attorney General Mark Brnovich in 2021 warned smash and grab perpetrators not to come to Arizona. If they do, they will be prosecuted to the full extent of the Arizona law. He also said that the National Retail Federation studies indicate that $68.9 billion of merchandise was stolen from retailers in 2019 and that the economic impact of retail crime caused $125.7 billion in lost sales and 658,375 in lost jobs.

The Arizona Legislature, in May 2022, narrowly rejected a proposed new law by a vote of 17 to 12 that would have allowed business owners and their employees to use deadly force to defend their property against smash and grab robbers, if the robber possessed a dangerous weapon.

The proposed law was defeated because it was too broadly written. Yet State Senator Ugenti-Rita (R), who opposed the bill said, “I believe we need to strengthen our laws so that business owners will have a legal justification for using physical force or deadly force when defending their property.”

Stealing property worth $1,000 or less is a Class 1 misdemeanor, which is the most serious in the misdemeanor range.

For first-time non-dangerous felony, that is without a weapon allegation, the following are the sentences allowed by Arizona law if convicted of smash and grab theft:
Those who are convicted of a Class 2 felony face three years with mitigating factors, or the minimum of four years and a maximum of 10 years. An aggregated factor raises the prison sentence to 12.5 years.

A Class 3 felony carries a mitigated term of two years, or a minimum of four years, a maximum of 10 years and the aggravated range is 8.75 years.

A Class 4 felony punishment is one year for mitigated factors, or a minimum of 1.5 years and a maximum of 3.75 years. Aggravated boosts the sentence to 3.75 years.

A Class 5 felony is a mitigated term of six months, or a minimum of .75 years and a maximum of two years. An aggravated charge increases the sentence to 2.5 years.

The Class 6 felony is .33 years for mitigated, or a minimum of six months and a maximum of 1.5 years in prison.

Court ordered terms of probation are seven years for a Class 2 felony, five years for the Class 3 felony, four years both Class 4 and Class 5, and Class 6 probation will last for three years.

In addition to a prison sentence, the state also can levy fines and surcharges in four figures.

A felony conviction is life-changing and will remain on the public record for 99 years.

Convicted felons after serving years in prison do not have the right to buy, own or possess a firearm. If that is violated, it means going back to prison. Felons cannot vote in elections, serve on a jury or join the military. Landlords can refuse to rent felons an apartment in order to protect their tenants and keeping or finding employment will be difficult.

Financially, employers will see the felony conviction on background checks and can decline to offer employment. Felons who hold professional licenses, such as accountants, money managers, real estate agents, teachers, commercial drivers, and many other professions, will have their licenses revoked ending a once promising career.

A felony conviction can prevent the felon on probation from getting food stamps or social security benefits.

The crucial thing in any defense is to protect your constitutional rights.

Anyone charged with a crime is presumed innocent and the prosecution has a high bar to prove its case “beyond a reasonable doubt.” Every case has its particular set of facts that will determine the best defense strategy.

Common defenses are misidentification, the defendant lacked the mental capacity to commit a crime, the defendant was under duress to commit the offense, and police investigators committed errors by failing to recite the Miranda rights to remain silent and have an attorney present during questioning, or did not have the necessary probable cause to make an arrest.

If the state has a strong case the defendant may choose to enter into a plea agreement to a lesser charge if the prosecution approved the defense’s bargaining.

If you or a loved one have been charged or are under investigation for smash and grab theft or another theft offense, immediately contact an experienced criminal defense attorney such as myself. In my career as an aggressive defense attorney, I know that good people can find themselves in legal difficulty and that is why I work hard to ensure they have the best defense possible.

My goal is always to have the charge dismissed.

I will scrutinize the state’s evidence and the personnel records of the investigators involved looking for inconsistencies and errors. I also will work to develop information and evidence that is favorable to you.

At Aaron M. Black Law, you will receive personalized legal services. You will always be talking directly to me, never an assistant, at every stage of your case.

Begin your defense immediately by calling 480-729-1683 at any time on any day and I will respond promptly unless I am in court on at trial. Or use the online contact form on my website.

Your rights are thoroughly defended with Aaron Black