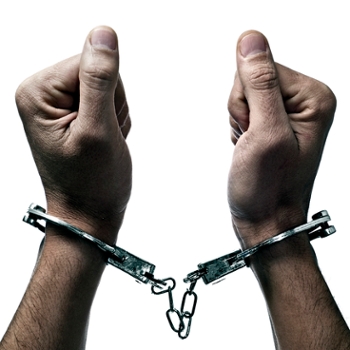 Indigent defendants accused of serious criminal offenses are allowed to use the “Knapp counsel” for their case. The name stems from a famous Mesa, Arizona double murder of children from 1973 permitting private attorneys and public defenders in joint representation.

Having a private attorney along with a public defender wasn’t possible until long after this double murder case first made headlines.

John Henry Knapp, an indigent, following the first mistrial because a jury couldn’t agree on a verdict, was found guilty in November 1975 of two counts of first-degree murder for setting fire to the bedroom of his two daughters, ages 2 and 3. He was sentenced to death for the “heinous crime.”

His efforts in filing a number of appeals and petitions went without winning any of them.

Knapp had confessed to the murders, he said, to protect his wife, Linda. He told her that in a phone call monitored by police. His fingerprints weren’t on the gas can.

His defense attorney had been with the public defender’s office for only a year before he was assigned the case. The attorney found himself up against a forceful and veteran prosecutor, who was later disbarred twice. The public defender left the practice of law after the trial.

In a third trial, Knapp’s conviction was overturned in 1992 after a Phoenix-area law firm agreed to defend Knapp in a new trial without taking a fee, called pro bono. The firm hired a private investigator to gather evidence.

The investigation showed that the scientific testimony and testing performed was faulty, eyewitness testimony was erroneous, and prosecutorial misconduct occurred by destroying exculpatory evidence.

Knapp petitioned to have a private attorney to help defend him and he also asked that the state pay for an expert witness to testify about how the fire started.

The Arizona Supreme Court ruled stating that “We have been unable to find anything which prevents the association of private counsel with the public defender’s office in the defense of an indigent.

“In the Court's view, `fundamental fairness' is the touchstone, i.e., whether or not a defendant is entitled to a court-appointed expert depends on the facts and circumstances of the case. And there can be no doubt that in this case, where tests could have been run which might have excluded petitioner as the guilty party, fundamental fairness was not accorded the petitioner in refusing to appoint an expert.”

The court, however, ruled against Knapp’s petition to have the state pay for a scientific investigation of the fire’s origin.

The Arizona Supreme Court allows public defenders and private criminal defense attorneys to work together to benefit an indigent defendant.

An experienced criminal defense attorney with a law firm can be a great help to a public defender who is working on several cases at a time. The private attorney can pay for an investigator, DNA testing, and an expert witness. They can divide the workload for pretrial motions and other legal proceedings leading up to the trial, as well as decide and develop an aggressive defense strategy for the best possible outcome.

Serious offenses are often multifaceted. They include murder, kidnapping, rape, arson, treason, assault with a weapon, armed robbery, home invasion, gang-related crimes, and felony flight along with other crimes carrying long prison terms. Even misdemeanor defendants can use a Knapp counsel approach for their defenses.

For example, some DUI offenses also fit into dangerous categories. These are:

All cases have differences and the law allows for certain defenses to protect the rights of those accused.

A defense begins at the first contact with law enforcement. Under our U.S. Constitution’s Fifth Amendment we have the right not to incriminate ourselves. It’s not the defendant’s job to make the state’s case. The constitution also demands that a person must have an attorney during questioning.

Knapp at his initial appearance asked for an attorney but the justice court didn’t have the authority to appoint one. During interrogation the police detective said he thought Knapp was asking a question not requesting an attorney.

Those who are charged with a criminal offense, or are under investigation for a crime, can learn what’s in store for them and what the likely outcome may be during my assessment of the case. I’ll listen to your side of the charges and ask a lot of questions. I’ll answer your questions, too.

I can hold our meeting by telephone, texting, email, or online at FaceTime and can review any court or police documents you have.

I provide personalized service unlike large law firms and I have a record of aggressively defending clients in Arizona’s justice, municipal, state, and federal courts.

His availability is completely unmatched.