Stealing a car or truck in Arizona is one of the most common offenses authorities encounter – a vehicle is stolen every 33 minutes in Arizona – but that does not mean the State is lax in investigating auto theft cases. 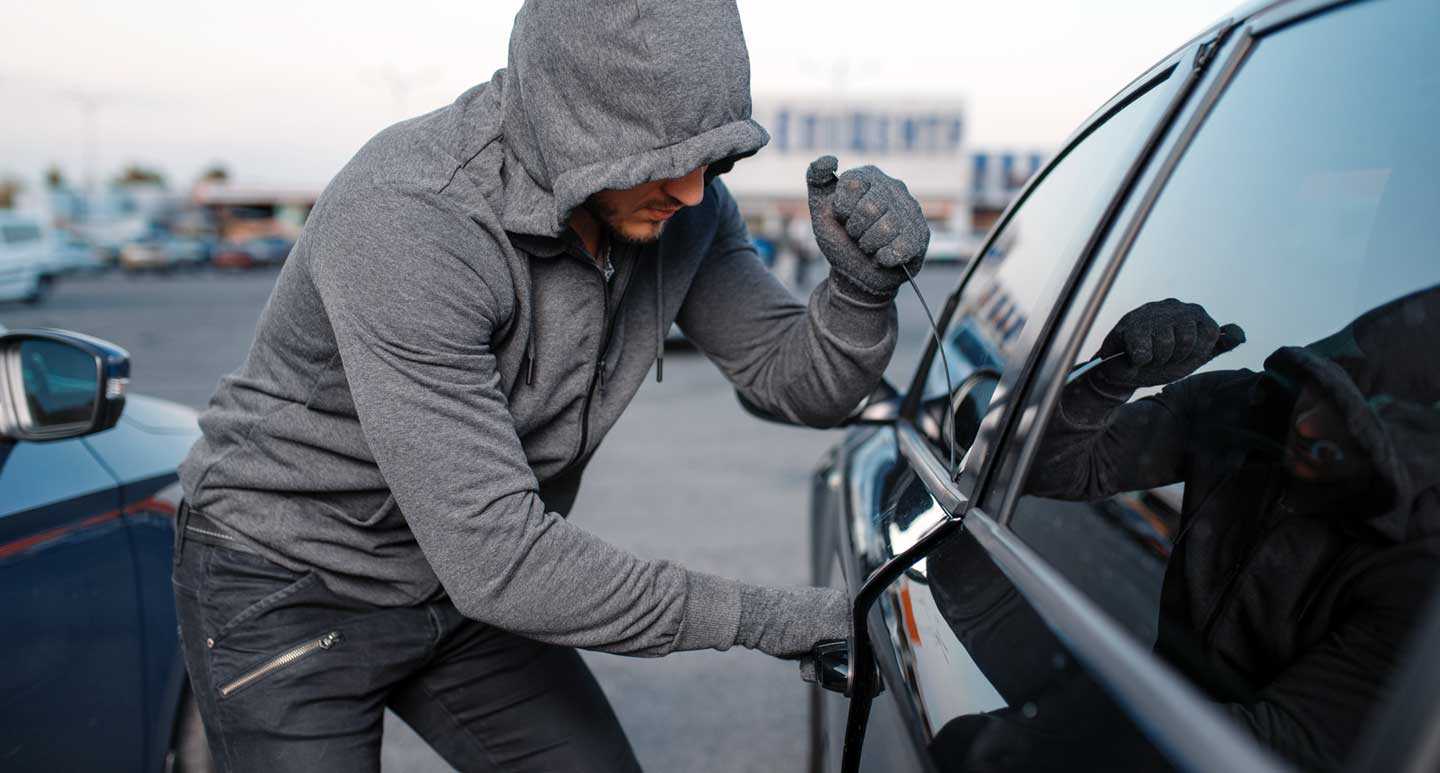 That number was reported by the Arizona Department of Insurance and Financial Institutions. Auto thefts in Arizona increased in 2021 by 9.9 percent with 1,845 cases reported and of those 1,808 resulted in convictions and 1,082 ended in plea bargains. The average prison sentence for non-repeat offenders was six years accompanied by a three year term of supervised probation. Restitution ordered by the court totaled $441,133.

The law addresses this offense as “theft of means of transportation” under Arizona Revised Statute §13-1814 to include farm vehicles and all sorts of vehicles under this law. The theft takes several forms – physical theft, misrepresentation, converting property for personal uses, and using the stolen vehicle knowing it was stolen.

A person does not need to steal someone’s vehicle to be charged. Other forms of vehicle theft are failing to return a rented vehicle within a specified time, which is a Class 5 felony, or failing to surrender a repossessed vehicle is a Class 6 felony.


Punishments for stealing a vehicle

Vehicle theft is a Class 3 felony, falling in the middle of the six-tier felony range, and is a serious offense that is punishable by a minimum time in state prison of 2.5 years and a maximum of seven years with supervised probation lasting five years. If an aggravated factor is involved, such as injuring someone, the time is increased to 8.75 years.

For a dangerous vehicle theft offense, the length of incarceration is significantly increased from a minimum of five years to a maximum of 15 years for a first offense. Repeat auto theft offenders face longer prison sentences.

Consequences of a felony conviction

After the prison sentence is served, the felony conviction will drastically change the offender’s life. Convicted felons will have difficulty getting employment and renting a place to live. Landlords can refuse to rent felons an apartment to protect their tenant’s safety. Financially, employers will see the felony conviction on background checks and can refuse to offer employment.

Felons who once held professional licenses, such as accountants, money managers, real estate agents, teachers, commercial drivers, and many other professions, will have their licenses revoked, ending a once-promising career.

Convicted felons do not have the right to buy, own or possess a firearm. If that is violated, it means going back to prison. Felons cannot vote in elections, serve on a jury or join the military. A felony conviction can prevent the felon on probation from getting food stamps or social security benefits.

However, the felony conviction is no longer a permanent public record.

The felony conviction was to stay on the public record for 99 years. But that will not happen for many criminal convictions.

Arizona on New Year’s Day 2023 joined other states that allow criminal records to be expunged, meaning they are removed from the public record, including online, and therefore are not available to the public, law enforcement, or the courts. The new law allows those with a qualifying criminal record to rebuild their lives and launch a fresh start. But the new law also imposed a period of waiting before deleting the record. For a Class 3 felony, the wait is 10 years after a conviction.

Each case has its own circumstances and facts that help determine a defense strategy.

But the first line of defense is to invoke the Fifth Amendment to remain silent. Anything said will be used against you. The arresting officer must advise you of your Miranda rights to remain silent and to have an attorney present during interrogation, so there is no reason to start answering questions. If authorities violated these constitutional rights, the case can be dismissed.

The prosecution has a high bar to clear to earn a conviction to prove its case beyond a reasonable doubt. But if the investigators make mistakes in conducting the investigation or making procedural errors, the defense can motion to suppress the evidence, and the case can be dismissed.

If police use intimidation to force you to admit to the crime or use a trick to convince you to admit guilt, anything you do say can be dismissed because your statements were coerced.
Should you have borrowed the vehicle from a friend or family member and did not know it had been stolen, this defense is a “mistake of fact” and you did not intend to deprive the true owner of the vehicle.

Should the state have an ironclad case against a defendant, it may be possible to enter into a plea agreement and reduce the charge to a less serious offense in exchange for a guilty plea. These agreements help reduce the crowded court calendars and save the state the expense of taking the case to trial. The decision to enter into a plea agreement is entirely up to the defendant.

Protecting our civil rights is of paramount importance. We are all innocent until proven guilty beyond a reasonable doubt.

To establish reasonable doubt, I will conduct an independent investigation and scrutinize the state’s evidence and the personnel records of the investigators involved looking for prejudice, inconsistencies, and errors. I will interview any witnesses.

Should you or a loved be charged or are under investigation for auto theft, it is imperative that you be represented by an experienced criminal defense attorney such as myself to ensure your civil rights are protected.

In my extensive career as an aggressive criminal defense attorney, I know that good people can find themselves in legal trouble and that is why I work hard to ensure they have the best defense possible.

At Aaron M. Black Law, clients receive personalized legal services and will always talk directly to me, never an assistant, at every step of the case.
Begin your auto theft defense immediately by calling 480-729-1683 at any time on any day, and I will respond promptly unless I am in court or at a trial. Or use the online contact form on my website.

His availability is completely unmatched.