Arizona does not have a law specifically for Carjacking. But AZ does have laws that are broken when a vehicle is taken by force or threat. Carjacking in Arizona is an armed robbery, a dangerous offense carrying harsh and long-lasting penalties.

However, federal law does have a specific carjacking statute under 18 U.S.C. 2119 that applies in Arizona if the vehicle is transported or driven across Arizona’s state lines. This occurs when the vehicle is stolen and transported out of state to be sold for parts or resale using forged ownership documents.

Also, KTAR radio reported a federal case involving a convicted Scottsdale defendant who was sentenced to two life terms in federal prison in October 2022 for killing the owner of a carjacked vehicle on casino property. The defendant was also a member of the Salt River Pima-Maricopa Indian Community. 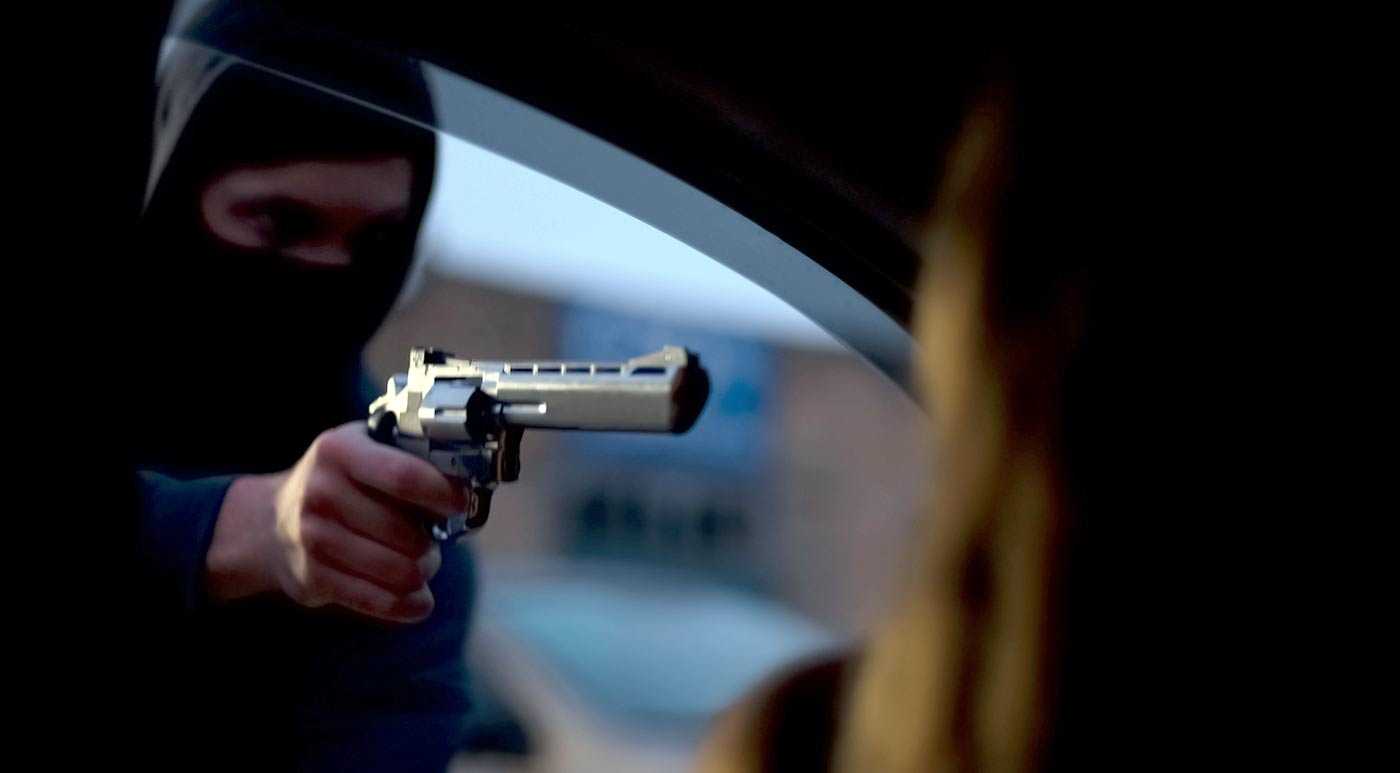 The act of carjacking is defined as taking a vehicle by force or intimidating its owner to surrender the vehicle often at the point of firearm or another weapon. The charges levied in these cases concern what happened before, during, and after a vehicle is violently commandeered.

Carjacking incidents are charged as an armed robbery because a weapon is used. If the owner of the vehicle was physically harmed in the assault a felony aggravated assault charge is added or a murder is charged if the vehicle’s owner was killed. If an occupant in the commandeered vehicle, such as the driver or a child, remained in the vehicle even for a short time, the state can add a felony kidnapping charge for each person. Causing a crash after commandeering the vehicle adds other charges.

Prosecuted in Arizona under “theft of transportation” law, carjacking has become a more common occurrence in Phoenix and across the nation. The Arizona Department of Public Safety reported that 16,522 auto thefts occurred in 2019 accounting for 8.5 percent of total offenses committed. During 2020 the number decreased slightly to 15,206 auto thefts but the percentage increased to 8.85 percent of total offenses committed.


Elements of a carjacking

To be convicted of an armed robbery in carjacking cases, prosecutors must prove all of the elements of applicable law, Arizona Revised Statutes 13-1904. In committing an armed robbery the offender must perform specific acts:

Arizona’s sentencing guidelines have minimal, presumptive, and maximum levels. For a first armed robbery conviction, the minimum is seven years in prison, presumptive is 10.5 years and the maximum sentence is 21 years.

A second armed robbery conviction increases the prison sentence to a minimum of 14 years, presumptive is 15.75 years, and the maximum of 28 years.

The court may also order a long term of probation that places restrictions on a person’s life.

Beyond significant incarceration; once the sentence is completed, a host of restrictions apply to convicted felons.

After prison, the felony conviction will remain on the public record for 99 years, and life-changing restrictions will be imposed. The right to buy, own or possess a firearm is lost. If that is violated, it means going back to prison. Felons cannot vote in elections, serve on a jury or join the military. Landlords can refuse to rent felons an apartment in order to protect their tenants, and employers can refuse to offer employment.

Every case has its particular set for circumstances and facts that help to determine a defense strategy, but the first line of defense is to invoke the Fifth Amendment to remain silent, because anything said can and will be used against you. This is your Miranda rights.

Authorities must have had probable cause to make the arrest. If they did not, the case can be dismissed.

The prosecution has a high bar to clear to earn a conviction by proving its case beyond a reasonable doubt. But suppose the investigators make mistakes in conducting the investigation, collecting and storing evidence or procedural errors. In that case, evidence can be suppressed, meaning the state cannot use it against you, and the case can be dismissed.

If you committed a carjacking armed robbery because you were under duress from someone threatening you or a family member, that would affect the case.

Carjacking armed robberies happen fast and authorities may have mistaken you for the actual perpetrator.

Should you, a loved one, or a friend be charged or are under investigation for carjacking, it is imperative that you be represented by an experienced criminal defense attorney such as myself to ensure that your civil rights are protected and a strong defense is presented.

I will conduct an independent investigation of the prosecution’s evidence looking for faults and omissions and the performance record of the investigators in the state’s case.

During my extensive career as an aggressive criminal defense attorney, I know that good people can find themselves in legal trouble. That is why I work hard to ensure they have the best defense possible and support and encouragement during the legal process.

At Aaron M. Black Law, clients receive personalized legal services and will always be talking directly to me, never an assistant, at every stage of the case.

Begin your carjacking defense immediately by calling 480-729-1683 which is available at any time on any day, and I will respond promptly unless I am in court on at trial. Or use the online contact form on my website.